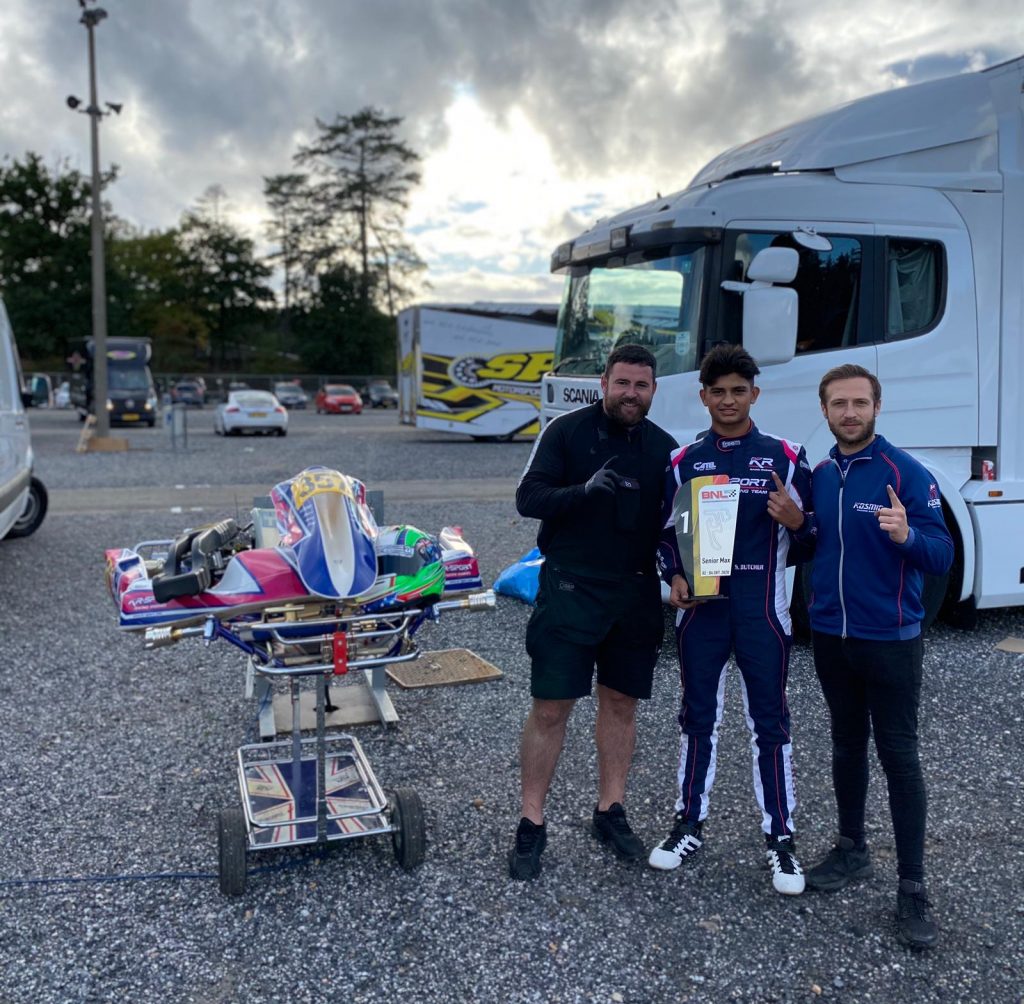 Just four drivers from British shores headed over to the “Home of Champions,” Karting Genk this past weekend, as the second round of the 2020 BNL Karting Series season took place in the Limburg region, despite the ongoing pandemic situation.

The brightest light of all four Brits that really shone at the 1,360-metre circuit was KR-Sport’s Sean Butcher in the #357, who not only took the weekend win for the second time this year after Round 1, but now takes a commanding lead of 42 points heading to the final round on the penultimate weekend in November.

With nearly 30 Senior Rotax drivers at the circuit, Butcher was able to secure second on the grid on Saturday after qualifying, finding himself just 63 thousands off France’s Arthur Roche (#337), whilst local driver Luca Leistra (#372 – Bouvin Power) was a further 0.749 seconds adrift in third place.

With the weather being another opponent for all the drivers to contend with, the Briton was in contention in the early goings, but would be forced wide in the first race at turn two, dropping the KR-Sport driver down to back part of the field. Nevertheless, Butcher would call on every ounce of strength to fight his way back up to fourth at the finish, 11.411 seconds off Roche, after a sterling drive.

The final that afternoon saw Butcher in true form once again, taking his first win of the weekend’s fast-paced, close-quarter action at the circuit, with Leistra finishing 0.965 seconds behind. DAEMS Racing Team’s Andreas Hebert (#321) completed the top three, with the front two running away into the distance.

Sunday saw the weather change dramatically, following the deluge of rainfall over the course of Saturday, along with some appearing overnight. With track evolution making the times tumble significantly, qualifying for day two saw the #357 take fourth in a close encounter for pole position for the top seven, who ended up being covered by 0.922 seconds at the end of the five-minute session.

However, it was Leistra that managed to get the upper hand in the Pre-Final on Sunday, narrowly beating him by a mere 0.617 seconds at the finish line, giving Butcher an opportunity to go for another win in the fourth and final race of the weekend in the afternoon.

But a grandstand finale was waiting in the wings for the Senior Rotax final in Genk, as it all came down to three drivers battling it out right up until the very last lap, as SP Motorsport’s Dreke Janssen was commanding the race from the early goings. 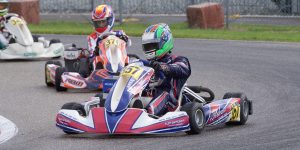 But with both Butcher and Milan Coppens (#344 – BEL – Bouvin Power) clearly out for blood and for pride in the dying stages of the race, the former was able to make his way cleanly up the inside of the Dutch driver in the #342 entry through turn nine to take the lead, after Coppens had initially starting closing on the Brit through turn five. The young Belgian, who could have secured the win himself through a last-chance opportunity, was denied by Butcher but got his way past Janssen at the last corner of the race itself!

It was a great performance once again by Sean to secure his spot on the top step of the podium with a total of 83 points, and we all at JAG Engineering would like to congratulate him on his fantastic efforts to lead the standings after the penultimate round of the season!