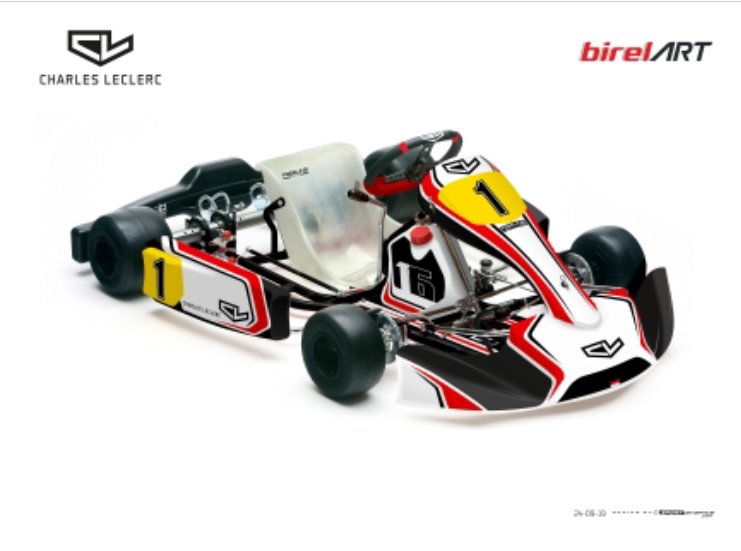 News came in the form of a new chassis brand earlier in Italy, as Scuderia Ferrari ace Charles Leclerc has joined both Fernando Alonso and Daniel Ricciardo in bringing his own style to the karting world, having teamed up with Birel ART, based out of Lissone, Italy, not too far from Autodromo Internazionale Monza, where the Monagesque driver won the Italian Grand Prix earlier this year.

This new range will extend to the ROTAX Racing family, with Birel ART having supplied chassis for some of the 360 drivers that raced at 20th running of the ROTAX MAX Challenge Grand Finals in Sarno in late October, which will be available through local distributors.

For Leclerc, who is only in his second season in Formula 1, he has shown that karting is the true path to becoming one of the best in world, and with Birel ART, it was both a choice through his heart and his head to align himself with the Italian chassis manufacturer.

“You must always remember where you come from,” stated Leclerc. “I know what I owe to karting: everything! It was there that my passion for motor sport was established, it was there that I learned the basics that allowed me to progress to the top of the pyramid and it was also there that I met some of the important people who supported me afterwards. I had been determined to do something for karting for a long time, and I think now is the right time.

“Birel ART’s skills were recently confirmed by a magnificent double at the KZ World Championship. I wanted the chassis bearing my name to be able to perform very well in a wide range of conditions. Only a major factory like Birel ART can guarantee such a high quality of production on a large scale.”