What a year for ROTAX – New Age Karting driver Chloe Grant Racing.
She began her racing travels in 2014 at just 8 years old.

She started competing at the East of Scotland Kart Club and was awarded “Newcomer of the Year” in her very first year. She has subsequently moved into Mini Max and into Junior Max last year.

In 2019, her accomplishments were very substantial and impressive:

To finish the year she was chosen as a S.M.R.C Rising Star.
Chloe has been supported by Cannon Racing and Rotax Service Agent Hamish Clark of B.H.S.S. Speaking to Hamish Clark this morning, Hamish was pleased to say that over the course of the 2019, Chloe’s engines did a total of 54 hours of running with no failures and no need to open.

This once again shows both the prowess and the reliability of the ROTAX – New Age Karting brand.

Congratulations Chloe from all of us here at JAG! 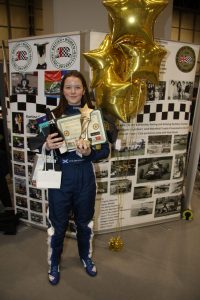 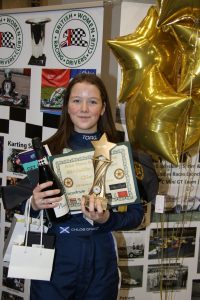 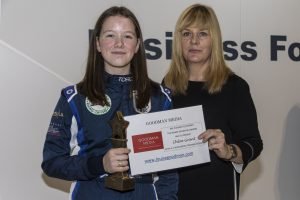