The Winter Series kicks off the 2020 TVKC season in style!

The Winter Series kicks off the 2020 TVKC season in style!

Even with time for the racing fraternity to get some well-deserved rest and relaxation over Christmas and the New Year, it wasn’t long before the first of four weekends for the Trent Valley Kart Club Winter Series got underway at Paul Fletcher International this past weekend.

A total of 78 drivers in the five ROTAX-powered classes would head to the Lincolnshire circuit to get their chances going towards a place on the grid for the 2020 KartMasters British Kart Grand Prix in the best way possible.

Mini Max: 16 drivers, comprising of the youngest drivers in the field helped to provide some welcome action at the 1,382-metre circuit, as DHR’s Harry Linden (#21M) took pole position in qualfiying with a 1:02.56, just 0.24 seconds quicker than Coles Racing’s Mckenzie Douglass (#24M). Rhino Goo’s Jez Williams (#68M) was 0.36 seconds adrift in third, whilst Finn Smith (Team Clay Racing – #61M) and Project One’s Jai Lawrence (#28M) completed the top five, who were separated by 1.09 seconds at the end of the session.

Both Linden and Douglass were at the sharp end in the first of two heats on Sunday, with the pair being only split by 0.65 seconds at the flag, with Williams rounding out the top three, as all three drivers held station. Smith and Lawrence rounded out the top five, with Gallagher, Leishman all finishing where they started.

Hodgin would end up finishing his race early just three laps from the end, which saw Duncan eighth, ahead of both Raeburn and Pebble Racing’s Alife Davies (#74M), who was able to move up to tenth at the flag.

Williams would be the victor in heat 2, with Douglass and Linden fighting with the Rhino Goo driver to the end, being covered by just 0.69 seconds at the finish, whilst Finn Smith ended up slightly lonely in fourth, as Steven Duncan completed the top five. Jai Lawrence would receive a post-race penalty, dropping him outside of the top ten, putting him in 11th place, behind Alfie Davis.

However, Linden would be the first one to win a Final in the Winter Series, and take a maximum 60 points, having fought off Douglass to the flag by only 0.14 seconds. Jez Williams would complete the podium in third place, as both Finn Smith and Steven Duncan would secure good finishes at the end of the weekend. Ben Raeburn would jump his way to sixth at the end of the final, finishing ahead of Hodgin, who would start in 11th. Both Lawrence and Gallagher would round out the top ten, ahead of Lexi Belk, the next best-placed privateer in 11th, who started in 13th.

Junior Max:  The biggest grid of 36 drivers from the ROTAX racing family would be in an ultra-competitive class, which saw a dynamite qualifying session, where the top 25 drivers were covered by just 1.74 seconds at the end of the session, with Ultimate-R’s Mattie Hingeley (#14) taking pole position, ahead of DHR’s Harrison Collings (#5) and his new team mate Matthew Higgins (#75), with just three tenths splitting the trio.

Heat 1 saw Hingeley start off his run of form that he showcased in the Autumn Cup late last year with a comfortable win by just over a second from Haughton, with Collings rounding out the top three. Gornall wrestled his way up the field from tenth to take what was eventually fourth, with Simpson in fifth, ahead of Hoole and Higgins, who was handed a post-race penalty. Tristan Rennie (Project One – #74) surged up from 13th to eighth at the finish, with the DHR pairing of Armstrong and Joe Linden (#79), who would have finished higher, had it not been for a post-race penalty.

Heat 2 was a different affair, as Coles Racing’ would score their first 1-2 with Gornall taking the eventual win ahead of teammate Kitching, who started slightly higher up. Linden would take third, in what was a different race for Hingeley, who would end up eighth after a post-race penalty. Simpson and Haughton rounded out the top five, with Collings dropping to sixth, ahead of Hoole, whilst Rennie and Armstrong completed the top ten.

But Hingeley would make good intentions at the end of the weekend, winning the Final on Sunday afternoon, with Collings and Gornall rounding out the top three. Higgins would have factored into having a well-earned fourth place finish, but would drop down to sixth, following another five-second post-race penalty. Linden and Kitching would end up ahead of the #75, with Rennie, Armstrong, Meakin and Haughton rounding out the top ten, with the latter also being the second out of seven drivers handed post-race penalties.

Lowther would draw first blood in the first heat, but Lingard would have to settle for second best behind the #9, which made it a welcome privateer 1-2 at the front of the field, as the pair were just 0;27 seconds apart at the flag, having pulled away from the rest of the fields. They were over three seconds ahead of Halliday in third, with Baker dropping to fourth, whilst Adams, new in Seniors this year, took a welcome fifth place finish, having started ninth. Holbrook, Coyne, Harrison, Clinton and Steadman would end up completing the top ten, whilst Cowley would win the ROTAX 177 class, taking 18th place overall, two ahead of Scott.

Lowther continued his winning ways in Heat 2, but John Scott would triumph in 177s, as Cowley would be hit with a post-race penalty, dropping him to 18th overall, with Scott in 16th overall. Alexander baker and Tom Adams would start to be a bit more in the thick of the action at the sharp end of the field, as they both finished second and third respectively. Clinton and Sam Stansbury (Privateer – #37) would be the last drivers in the top five.  Stansbury showcased some great progress all the way from 19th place, with the likes of Coyne and Lingard ending up at the top part of the second half of the top ten in sixth and seventh, whilst Harrison and Steadman would finish off the running order of the top ten.

Lowther was the dominant tour de force all weekend in Seniors, capping it off with a hard-fought victory in the final, ahead of Lingard, in what was very much a repeat of the first heat on the Sunday morning. Baker would be the first of three Dan Holland Racing drivers in the top six, taking third place, after a good strong début by Tom Adams in fourth.

Meanwhile, Teddy Clinton and George Holbrook completed the top six, ahead of Steadman and Harrison. Lewis Smith would also make an impression in the Final, starting 17th and finishing in 9th, ahead of Chris Thomas. Ben Cowley would end up winning in Rotax 177, ending up in 14th overall, having started down in 25th, with John Scott ending up 25th.

To find all the results from the first round of the TVKC Winter Series, you can head to the following link: http://www.apex-timing.com/goracing/results.php?path=/tvkc/2020/20190105

The second round of the 2020 Winter Series takes place on Saturday, February 1st 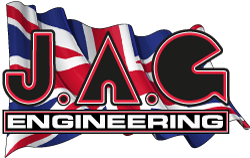 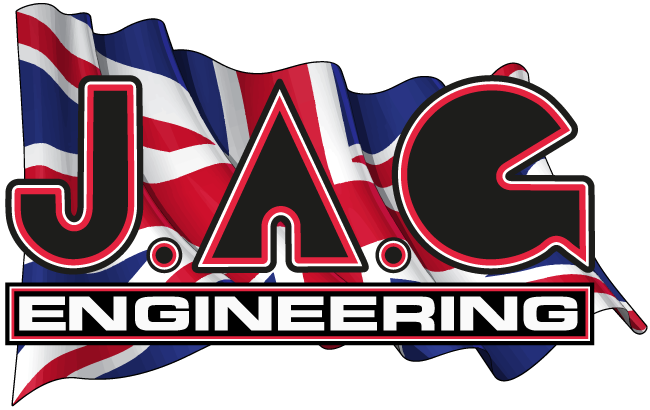