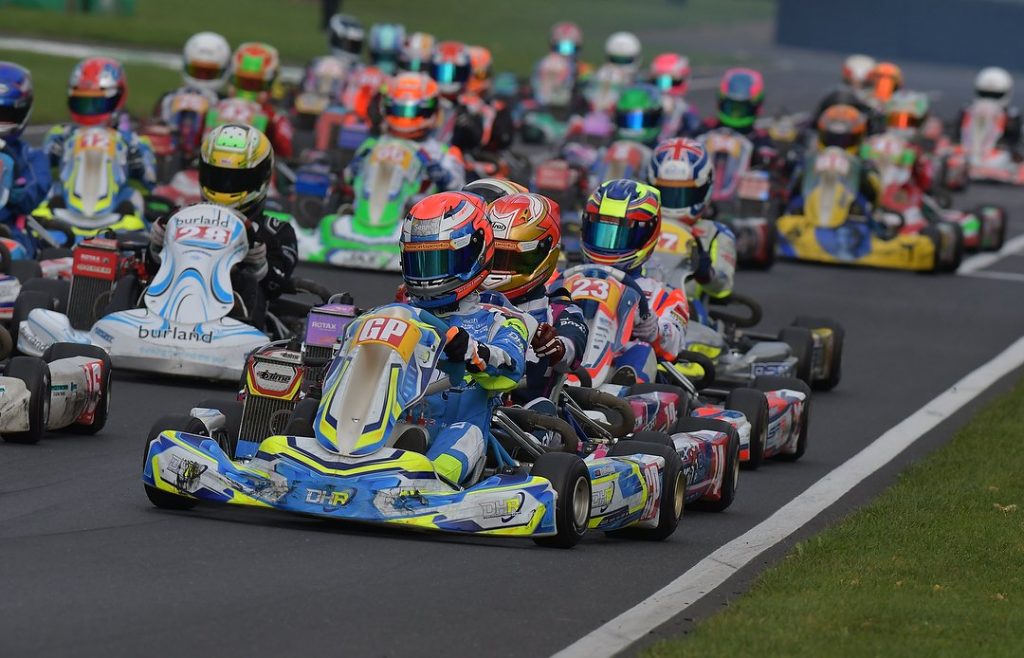 89 drivers from the Rotax racing family from three different classes headed to the “Home of British Karting,” Paul Fletcher International for the third round of the 2020 Trent Valley Kart Club Autumn Cup.

It saw some fantastic action over the two days of competition, with the best racers from across the UK racing against each other around the 1,382-metre circuit, which is the only one on these shores that has an International ‘A’ grade track licence.

Mini MAX: The #16 of Vision Motorsport’s Steven Duncan was relatively untroubled during the weekend, as the Scottish driver firstly took pole position in Timed Qualifying with a 1:04.78 lap time, as both Alfie Gallagher (#14 – KR-Sport) and Levi Earl (#11) set the exact same lap time, with the former securing second, having posted the 1:06.26 lap time first. Vision Motorsport would have two drivers in the top five, courtesy of Ben Crossley in the #56 who took fourth, as leading privateer Bobby Rosier (#29) completed the top five, covered by 2.11 seconds.

Duncan and Crossley made it a Vision Motorsport 1-2 in the first heat, with the pair being separated by 1.83 seconds after nine laps, followed by Gallagher rounding out the top three. DHR’s Chloe Chong showed once again the form from the last few meetings that propelled the #18 from eighth on the grid to take fourth, ahead of Xcel Motorsport’s Arun Phull, who started way down the grid in 13th place. 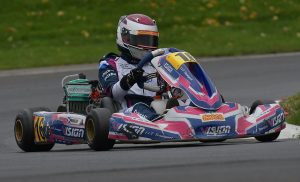 The Vision Motorsport pairing of Duncan and Crossley repeated the same feat as the first heat in heat two, with Duncan again winning by the exact same margin, as Gallagher could not keep pace with the duo, once again taking third at the finish. Phull would secure fourth this time ahead of Chong, as the pair had started in 13th and eighth respectively.

But Duncan would make it a clean sweep by picking up a maximum of 60 points for winning the 9-lap final by 7.37 seconds ahead of Dan Holland Racing’s Chase Fernandez, who piped Gallagher by just 0.02 seconds. Along with this, the remainder of the top five changed significantly, as JAXX’s Mikey Porter (#54) and Coles Racing’s Harrison Crowther (#77) would end up completing the top five, having started ninth and 13th respectively.

Junior Rotax: The weekend started off with privateer Ronnie Mansfield (#16) securing pole position in Timed Qualifying, narrowly beating the #91 of Vision Motorsport’s Jack Meakin by 0.16 seconds. Coles Racing would have two drivers set exactly the same time with a 1:06.81, but it would be the #17 of Arche Kitching that would steal third from team mate Callum Voisin (#35), as Jamie Perilly (#40 – Project One) was fifth.

Heat one saw Tristan Rennie (Vision Motorsport – #74) take the win by the shortest winning margin of the weekend (0.03 seconds) ahead of Voisin, having started initially in eighth place. Kitching would remain in third, a further 0.58 seconds behind, in front of GP plate winner Harrison Collings (DHR), whilst KR-Sport’s Kieran Kay (#73) scythed his way through from 17th at the start to secure fifth place. 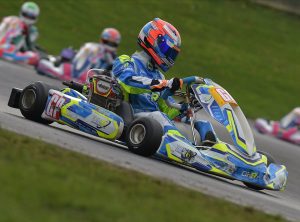 Archie Walker (#90 – KR-Sport) was able to mirror Kay’s performance from heat one, as he would win by a mere 0.29 seconds ahead of Meakin, having started in 16th place. It could have been a very different story for both Rennie and Perilly, as the pair initially crossed the line in third and sixth respectively. However, the pair were demoted post-race to ninth and tenth, with Rennie having a penalty for gaining an unfair advantage & Perilly for a front-fairing infringement. Collings would end up in third, with Kitching and privateer Ronnie Mansfield (#16) rounding out the top five.

But Collings would win the final on Sunday by 2.5 seconds, ahead of Rennie, with Meakin completing the top three, who were all separated by 2.72 seconds after 11 laps of racing. Kay would also factor in to the top five, as the KR-Sport driver would take fourth at the finish, 0.33 seconds behind, whilst Coles Racing’s Sam Gornall (#96) completed the top five.

Senior Rotax: With 35 drivers set to go into battle in Lincolnshire, first blood was drawn by Rhys Hunter (#5 – DHR), who secured pole position in Timed Qualfiying by 0.31 seconds, ahead of brother Kai (O-Plate), with KR-Sport’s Tom Edmunds (#25) just over a tenth off second. George Holbrook (#60) made it three drivers from DHR in the top five, with KR-Sport’s Ben Caisley completing the top five, who were covered by 0.79 seconds.

Rhys Hunter would take the victory in heat one, 3.74 seconds ahead of Coles Racing’s James Lowther (#9), who initially started in seventh place, whilst Edmunds would remain in third. KR-Sport’s Will Elswood would also make good progress in the #14, starting tenth, and finishing fourth, ahead of Kai Hunter.

It was two for two in the second heat for Rhys Hunter, but it was a lot closer between the top five drivers at the end of 10 laps of racing, who were covered by 1.1 seconds. Holbrook would make it a DHR 1-2, finishing 0.22 seconds adrift, whllst Edmunds would again secure another third place finish. Kai Hunter would manage to take fourth, having initially dropped two places from second on the grid, ahead of Lowther. 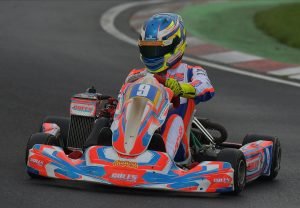 But Lowther would have the last laugh, and took glory in the final, winning the 11-lap race by 2.03 seconds ahead of Rhys Hunter, with his brother Kai rounding out the top three, a further 0.24 seconds behind. The top five would have two new faces visiting, as Coles Racing’s Tom Adams (#17) and DHR’s Charlie Turner (#61) would come back from ninth and 18th on the grid to complete the top five.

To find out more about the results from each of the classes, head to the following link: https://www.apex-timing.com/goracing/results.php?path=/tvkc/2020/20201101&group=1

Entries for the final round of the TVKC Autumn Cup, which is provisionally scheduled for December 5th and 6th, will open tomorrow (Wednesday November 4th) at 12 noon, with places being limited, and the event due to go ahead after the national lockdown has concluded. Make sure to book your place by heading to www.tvkc.co.uk.